MY SAY ON THE MIDNIGHT CLUB, ANYA THE HOSPICE AND THE SUSPENSE

Posted by EBUBECHUKWU OGE on October 9, 2022 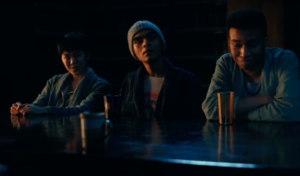 Don’t tell me you were not hooked just I am as the new series on Netflix, the midnight club is as suspenfull as it gets and he’ll full of drama.

The new NETFLIX’S CREEPY series, which i call creepy because bet you agree with me if you’ve really watch the series as it scares the shite out of me too.

Yh true, What is not to be scared of and yh I just saw that it was Mike Flanagan’s another horror series, the same person that created the popular shows like the Midnight Mass if you will remember is just as suspenfull as this one.

The Midnight club is a horror series,  set in a hospice for terminally ill young adults where eight patients come together every night at midnight to tell sinister stories and that’s the best part.

The story part hell is the best part of the series as it shows us many different storyline apart from the movie and really kept viewers in suspence, who has shared memes online.

As per HITC, The Midnight club has already broken the Guinness World Record for the most jump scares in a single episode, with a whopping 21 jumps in Episode 1.

What is say for Anya, I love her part character a bit most but cried for her I think Episode 7 where it shows us her hard life being disabled and working at the mall.

At some point we thought that the ritual worked for her and she got healed and missed her friends while struggling with her work but it later turns out that she died.

Anya played by Ruth Codd is an amputee with a terminal illness and in the fourth episode of the series, it ends on a highly suspenseful note with Anya on the floor, unconscious.

“I play Anya, who is a fiery rebel with little to no regard for rules,”