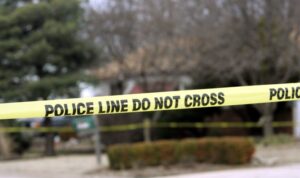 ValidNewsToday also sends it’s apologies tot he family affected by the incident at the Jasper’s in Largo branch in Maryland where a woman was found dead at the restroom of the restaurant.

After the incident, the American grill chain Jasper’s has shared its condolences to the woman’s family in a statement.

Note that reports were that the cops were alerted at about 6.30 pm of an unconscious woman at Jasper’s restaurant on the 9640 block of Lottsford Road in Largo where the woman had died and nobody knows while the restaurant continued to operate at full capacity.

The woman was in the bathroom, which was closed to customers and the men’s bathroom was open as normal.

The popular restaurant has issued a statement, which reads;

“Last night, one of our customers tragically passed away within our establishment. On behalf of our ownership, management and staff we send the sincerest and most heartfelt support and condolences to the deceased’s family. We will be reaching out to the family to see if there is any way we can support them in this time of grief.